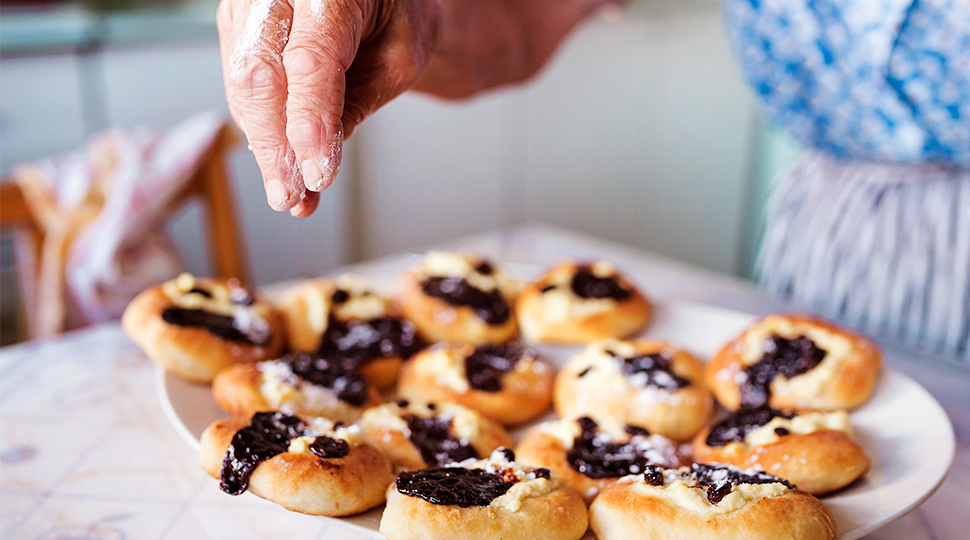 Egg-Free Baking – which egg alternative is the best substitute for cake recipes?
A new baking science experiment by our contributor, Summer Stone-Polzel.

People choose to make egg-free baked goods for a number of reasons varying from allergic reactivity to dietary necessity to moral conscientiousness. Whatever the reason, many people opt to bake eggless for themselves and others. There are a number of options for egg substitution that are available but which one works best, if at all? Here I will cover the best ways to make a cake that is egg-free and delicious.

Eggs have many jobs in the baking process and therefore a valid egg replacer must take on a variety of roles. The roles of eggs in baked goods include:

Most viable egg-substitutes aim to fill one or more of the roles that eggs perform.

In order to find the best replacement for eggs in a cake, I tested numerous candidates in a standard cake recipe. What quickly became evident was that it was difficult to come up with a direct substitute and that recipe mediation was necessary to create a tall, light cake.

Determined to find a solution, I started working backwards from an established egg-free recipe and studied the changes that made the recipe work. This eggless recipe included an extra cup of flour and an extra cup of liquid than that found in a standard vanilla cake recipe (which usually contains 1 cup butter, 2 cups sugar, 3 cups flour and 4 eggs). This additional flour-liquid mix acts like a paste that binds the elements in the cake and fills in the structural role that eggs typically take on. An egg replacement was also added to fulfill some of the other egg characteristics.

From my initial experiments I chose the four most promising egg fill-ins to test the improved egg-free recipe. I tested each of the experimental ingredients head to head against egg to determine which one performed best. The egg substitutes that I used included applesauce, flaxseed meal, tofu and Ener-G brand Egg Replacer.